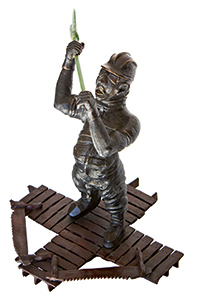 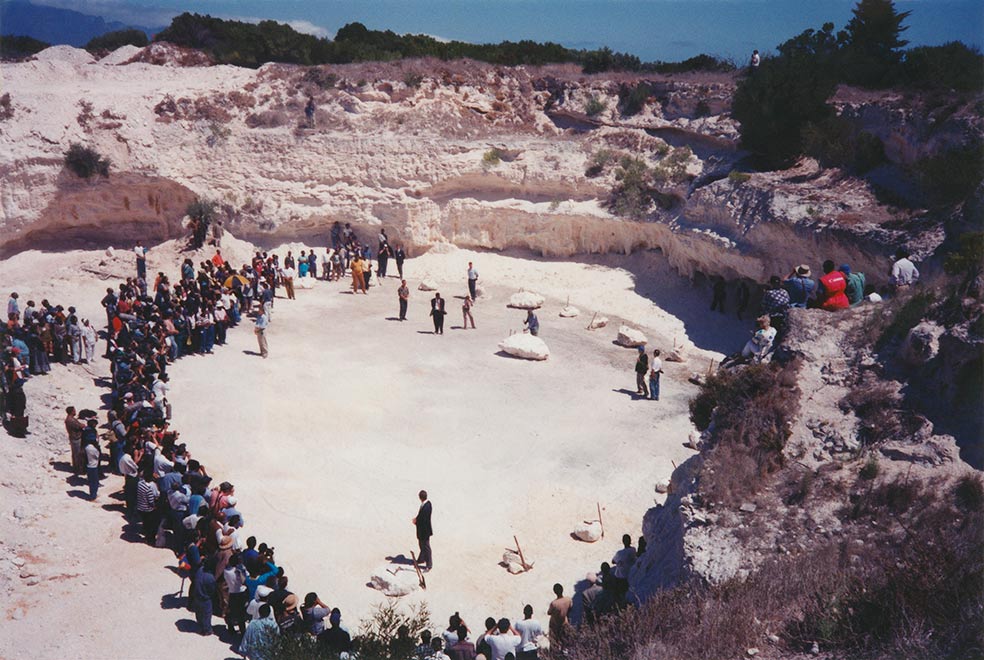 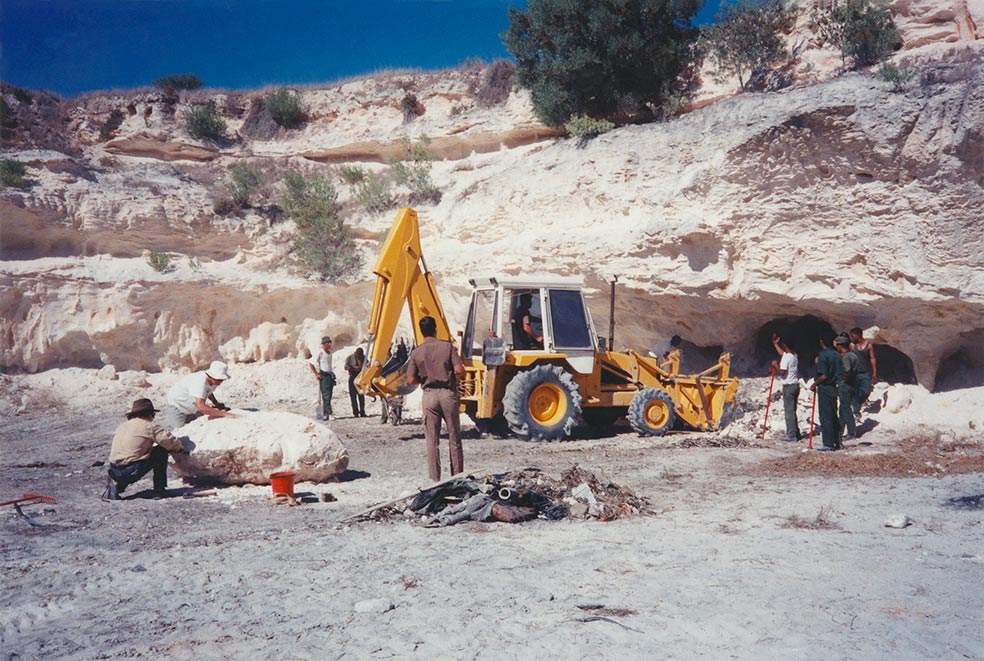 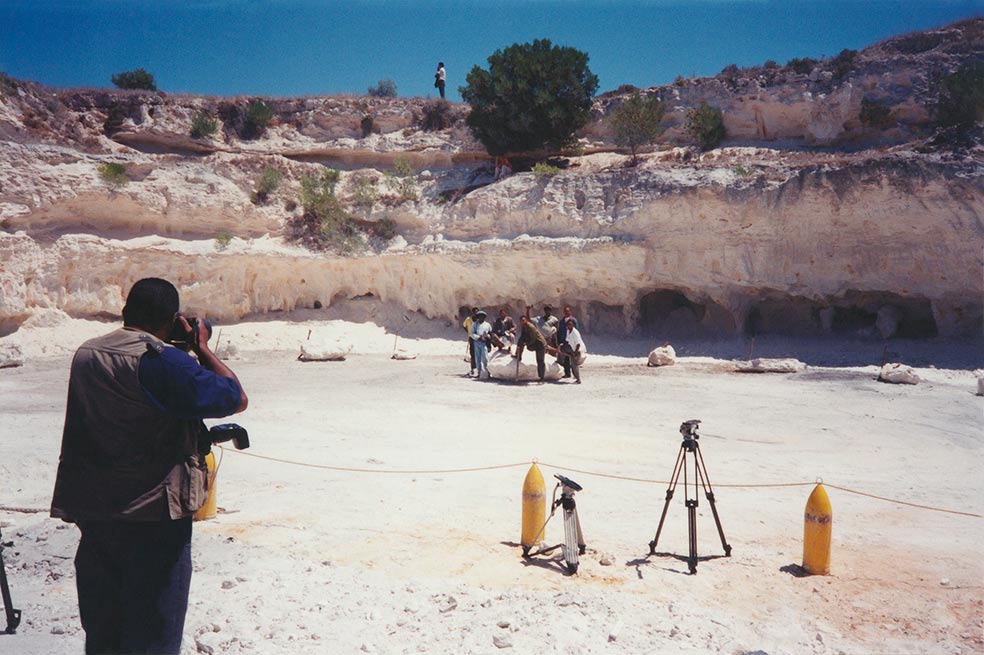 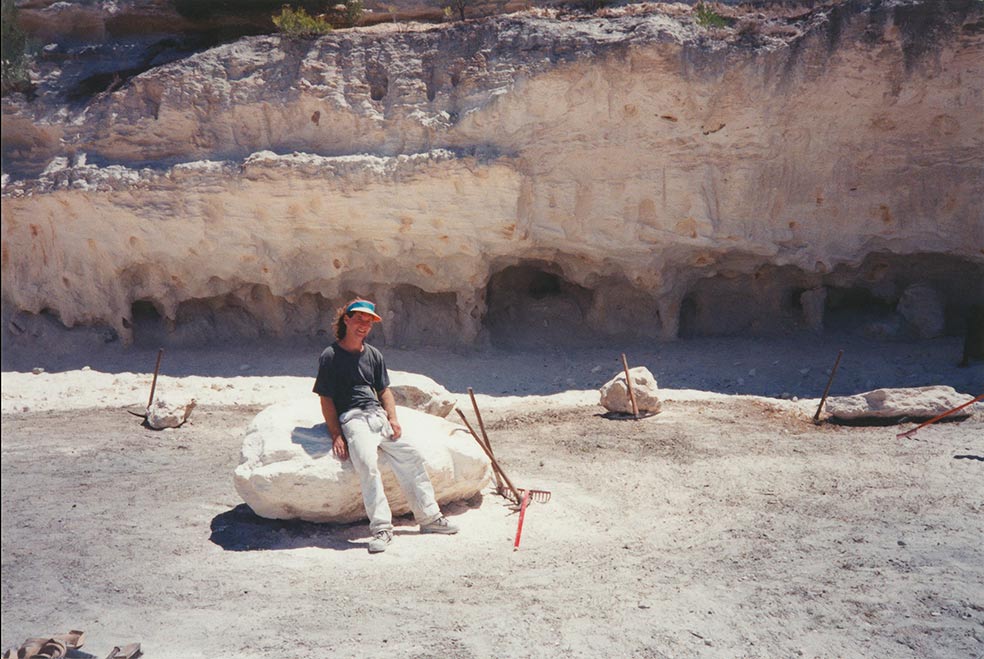 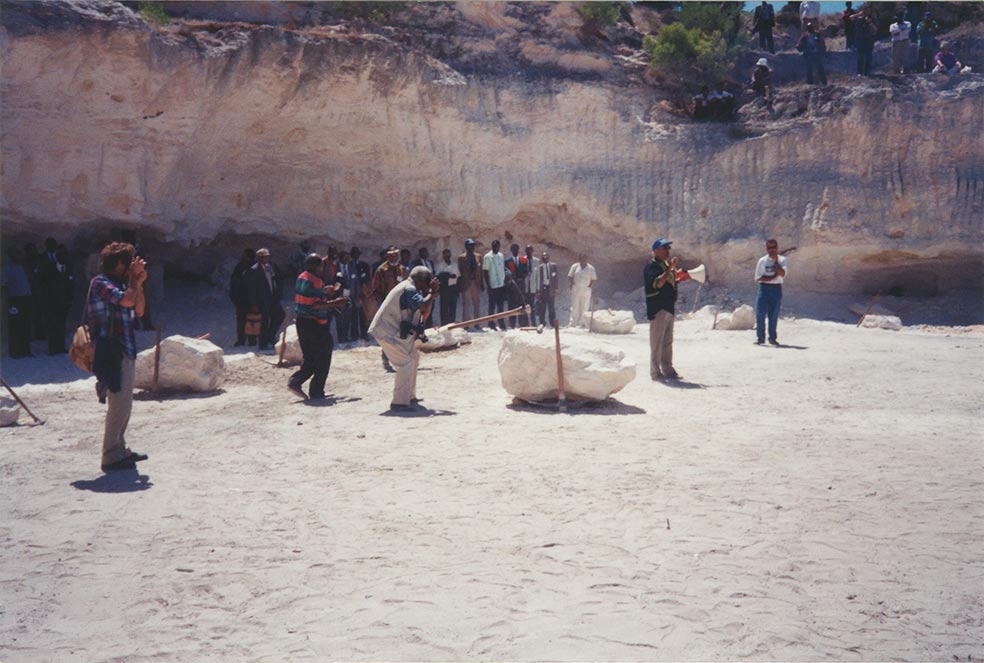 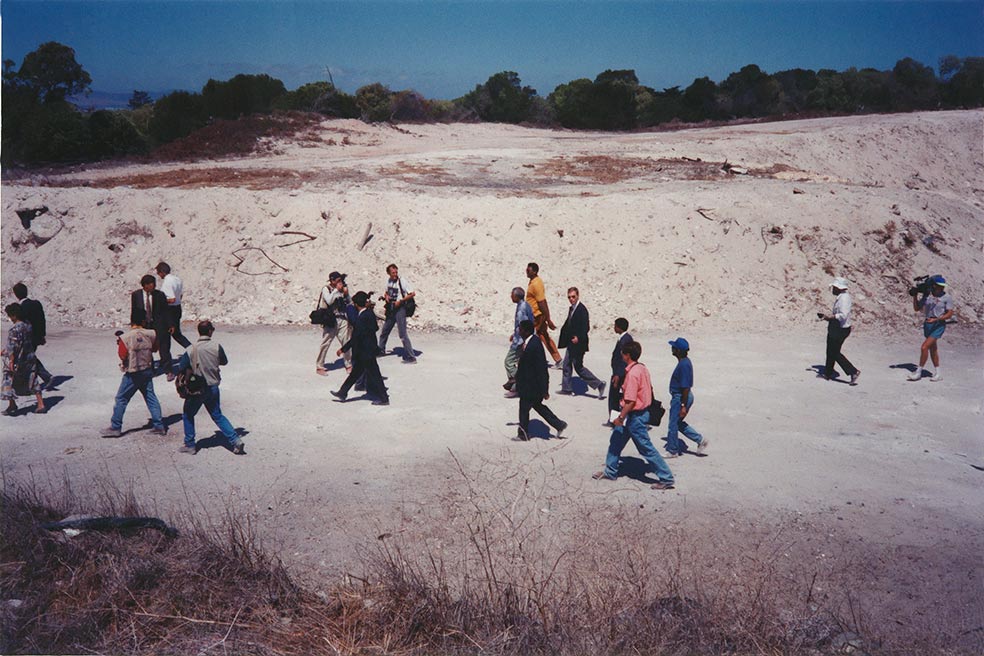 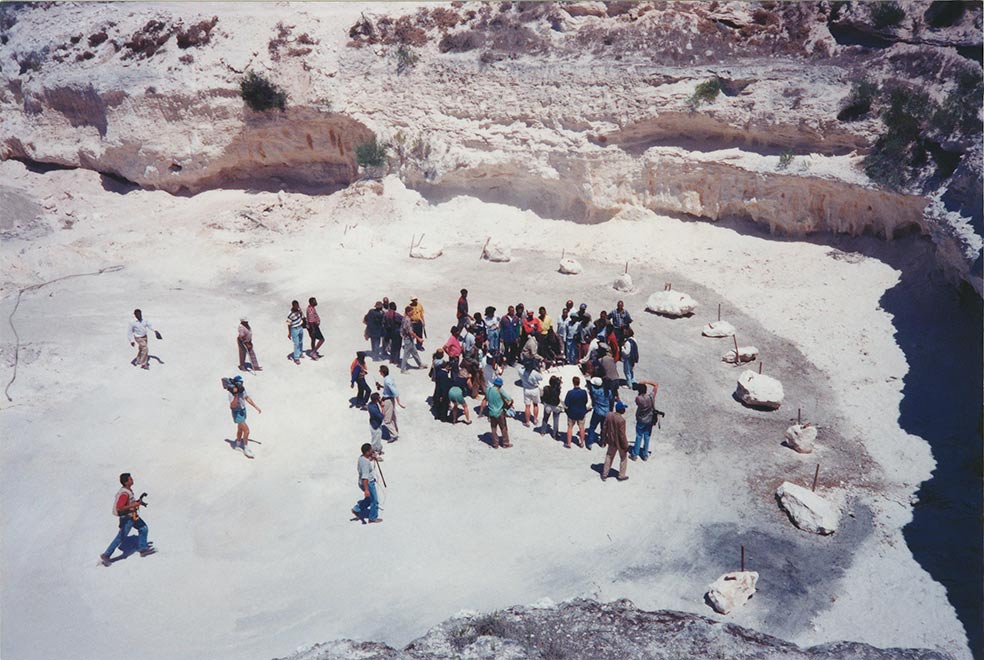 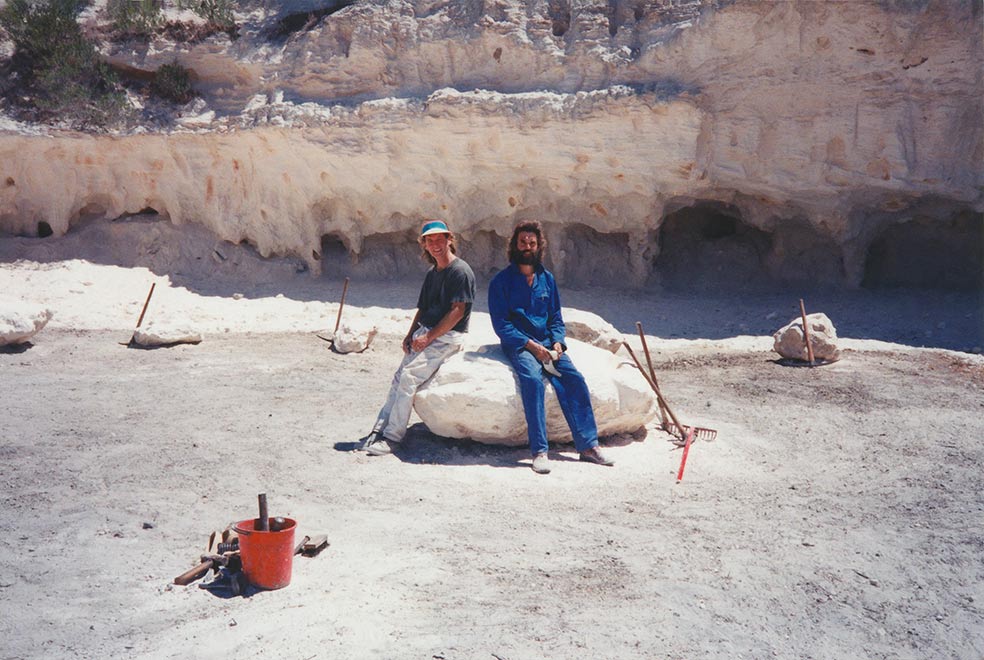 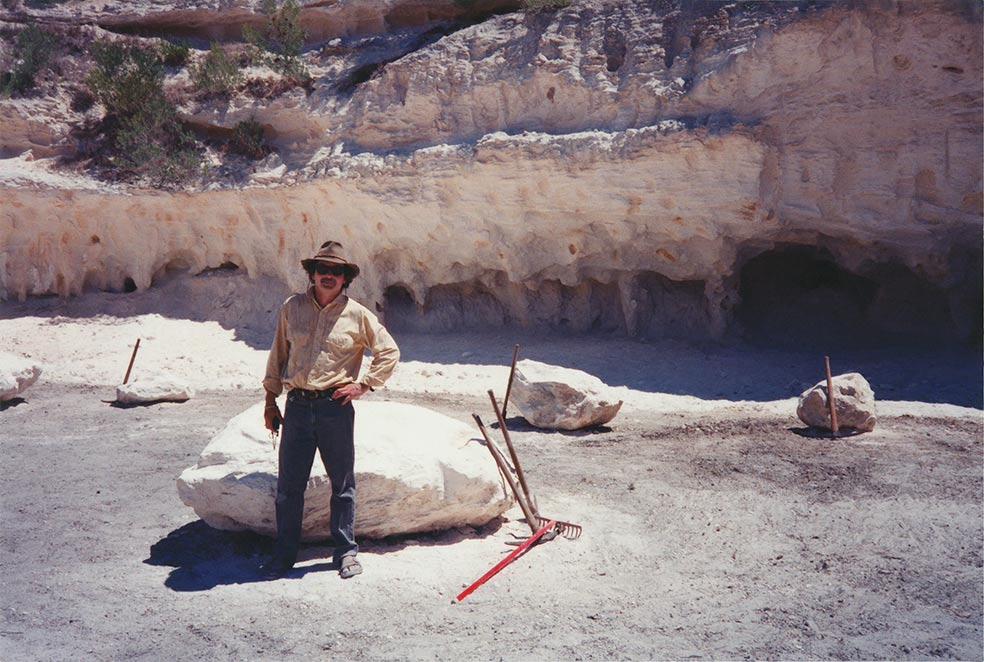 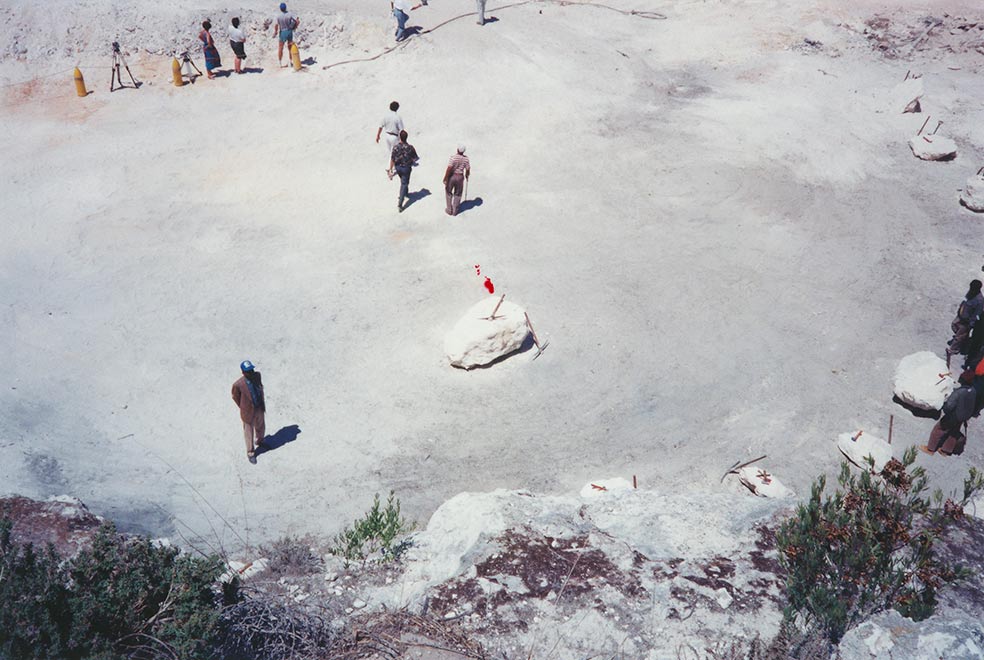 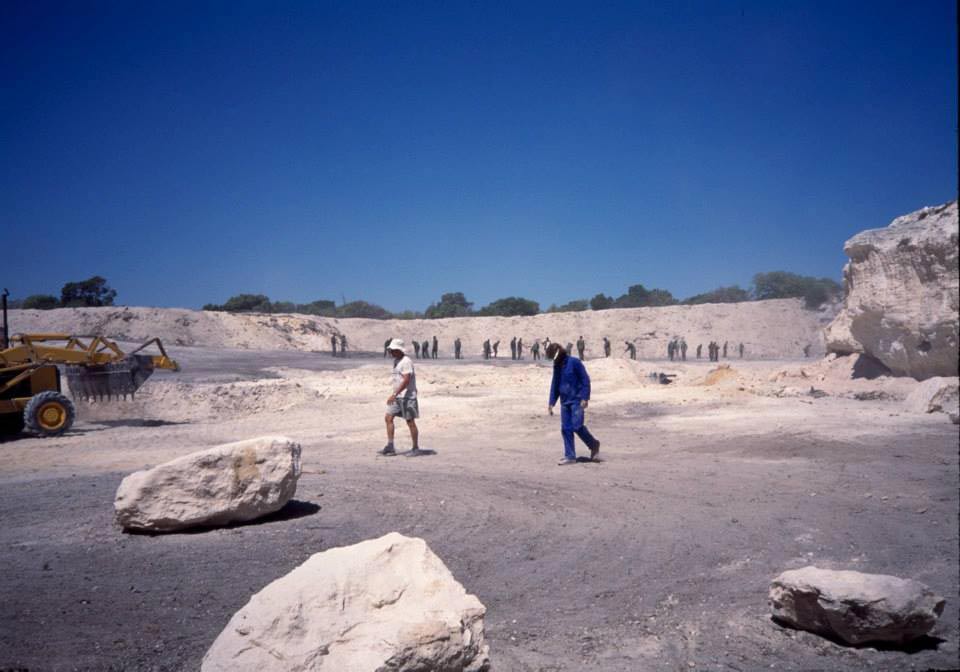 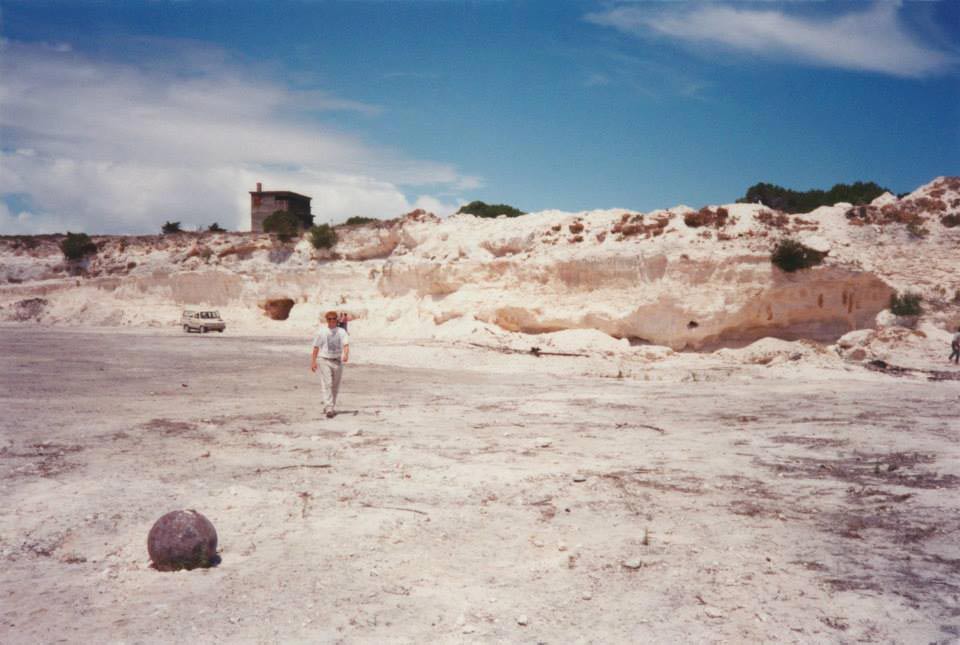 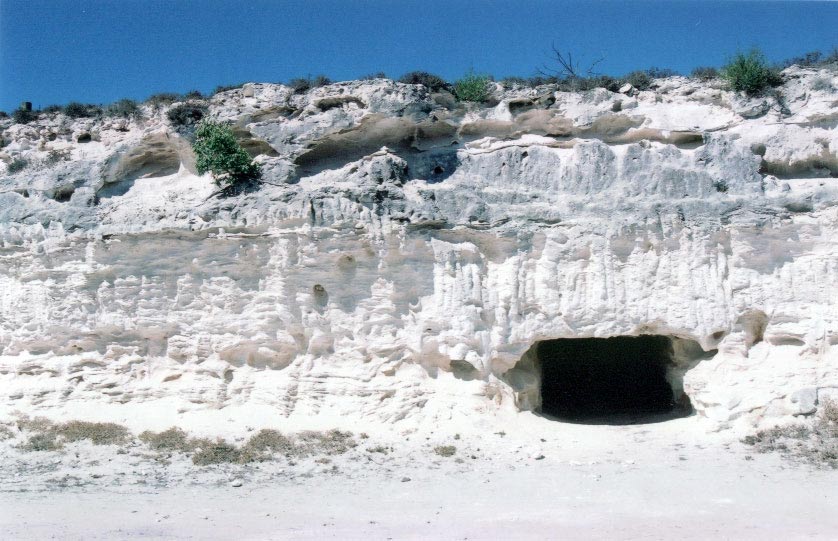 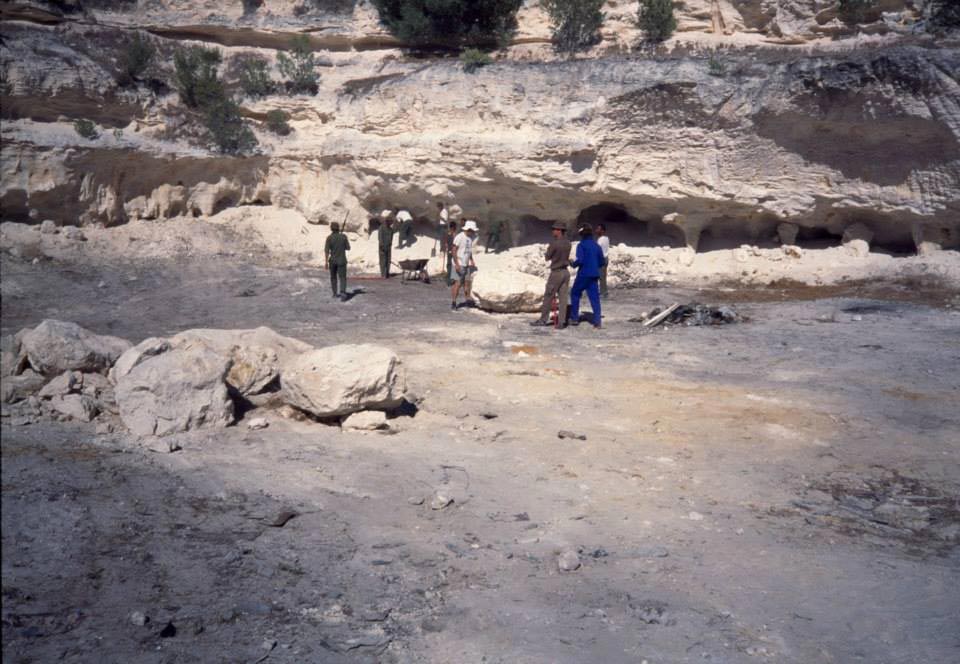 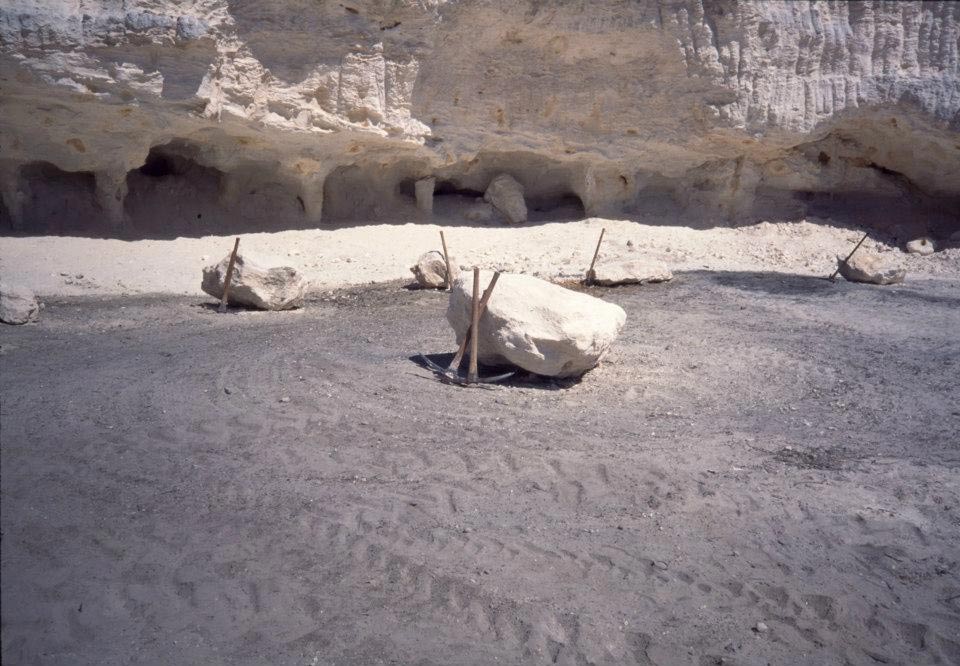 In 1996 four sculptors were approached five days before 1500 ex-political prisoners  gathered on Robben Island for a reunion of everyone detained there 1996. We work-shopped ideas and planned an installation in the limestone quarry.  The quarry is a brutal, sun-blinding place where prisoners mined the lime stone and where Nelson Mandela’s eyesight was compromised. In summer the temperature exceeds 40 degrees and in winter it is freezing. We were given a bulldozer and a group of common law prisoners to help us (for a couple of years post-democracy the island housed non-political criminals). We cleared the quarry of trash and rubble, then created a ring of large lime stone boulders. We carved a hollow on each boulder that then housed a hammer and a chisel. Leaning against each boulder was a pick. We watched from above as the ex-prisoners entered the quarry. Walter Sisulu was the first to remark the stone, he knew exactly what to do. Later Nelson Mandela and all the luminaries of the ANC remarked the boulders with energy and humour. Finally with dramatic flair the Young Lions from the Soweto uprising shattered the boulders swinging the picks with bravado.